Libra in the Druidcraft’s Minor Arcana: The Four of Swords 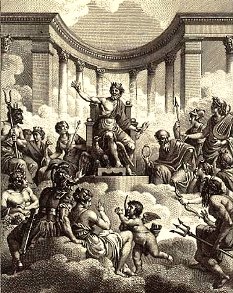 How does this fit with the Four of Swords?  This card is often associated with themes of recuperation, rest, and convalescence. Four is a number of stability – think of a square: it rests solidly on four corners, and it takes a lot to shift it.  Taking time to stand still (or lie still, as often depicted in Four of Swords images) to recover or re-charge before facing the next challenge is definitely indicated. The figure in the Druidcraft’s image rests in the shade of a tree, perhaps drawing strength from it.  Note too that three of the swords still remain upright, their tips pointing upwards, reflecting the shape of the Awen that we saw in the Three of Swords.

Jupiter in Libra brings a sense of clarity, after the pain and sorrow of the Three.  With acceptance – the lesson from the Three – comes time to breathe, to take a deep breath, to expand the lungs, to expand our view of the situation.  To quote Gerd Ziegler (‘Tarot: Mirror of the Soul’, published by Weiser Books), what “has seemed hopeless until now actually carries within itself all the elements for a fortunate, prosperous solution.”  Through rest, the body, mind, spirit and emotions have all been brought together ready to face another day.