Welcome to Alison’s Alembic!   You may have arrived here as a stop on the Tarot Blog Hop from either Katalin Patnaik's or Chlöe's Inner Whispers blogs.  Or you may have found this through TABI’s Facebook page, or though one of the many wonderful tarot bloggers in the ether... It doesn’t matter – what does matter is that you’re here!

This is the Yule Blog Hop, celebrating the Winter Solstice that falls on December 22 (in the UK), for those of us in the northern hemisphere – the solar festival sacred to the Old King and to the reborn ‘Sun Child’, whom we find in various incarnations – Mithras, the Mabon, Jesus. 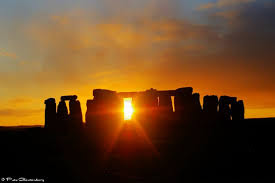 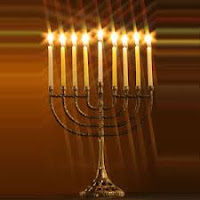 The Winter Solstice also marks the festival of Yule. Days later, Christmas arrives. Kwanzaa is also celebrated around this time (26 December-1 January). Hanukah, the Jewish festival of lights, is already well underway this year, having started on the 16th, ending on the 24th.  Many of these traditions involve gift-giving, the theme of this year’s Yule Tarot Blog Hop!


Our wrangler, Arwen, has asked us to join in the Office Party and to create a winter gift for you.  Well, this was a no-brainer, really, after the events of the past year... but to explain that I need to go back to the idea of Yule, or Alban Arthan as it’s also know in the Celtic world.  At this time, we (again, apologies for the northern hemisphere bias) are at the time of greatest night, and are waiting for the ‘rebirth’ of the sun.  I’ve been thinking about the idea of rebirth a lot lately... this year I’ve lost two friends to cancer, another two friends have lost parents whom I was also close to, a beloved dog has died. Two other friends are living with cancer – I choose to see it that way now, rather than ‘battling’, which was how I had been seeing it until recently.  All year I have felt overwhelmed by all this loss and death, even though I know it’s part of the cycle of life.  But it was only a couple of weeks ago, when I was invited to a colleague’s baby shower, that I had this moment of clarity.  This child, who’s due to arrive at the end of the year, is a reminder to me that this is all about rebirth, about new life, about the turning of the wheel.

The DruidCraft’s Rebirth (Judgment in other decks) sums this up for me.  There, in the entrance to the temple-tomb at Newgrange, is the reborn child – the child-Fool that, in the Sun card, rides the horse in the brilliant sun of the Summer Solstice.  To his left, a priest blows on his horn, calling “the soul to wake up, to be reborn, to accept its life, reap its rewards and begin a new cycle” (from The DruidCraft Tarot, Philip and Stephanie Carr-Gomm, Connections 2004).  Not only will I see my colleague’s baby as a symbol for renewal, I also hear the sound of that horn calling me to grow with the light of the sun as it increases each day.

My gift to you, then, is this ‘Call of the Horn’ spread:

What are you being called to leave in the darkness?


What are you being called to bring into the light?

The cards I drew are The High Priest (V) and the Four of Wands.  I need to leave behind my need to adhere to rules and structures that are no longer serving me, and to give myself a chance to enjoy what I’ve achieved and let myself have time to rest at home.  That’s the best gift I could possibly give myself – and I hope you enjoy yours too.

I wish you all great joy, good health, harmony - and a year full of creativity!

Thank you for stopping off here on your own journey through this Yule Tarot Blog Hop -  please do come back and read some of my other posts.

The next stops on the Tarot Blog Hop are - depending on whether you’re moving backward or forward through the list – Katalin Patnaik's blog or Chlöe's Inner Whispers blog.    The Master List can be found here.


Druidcraft Tarot created by Philip Carr-Gomm and Stephanie Carr-Gomm, illustrated by Will Worthington, published by Connections 2004