At 15.27 UT today the Sun moved (astrologically) into the sign of Aquarius...and we may well be in the Age of Aquarius too, although there doesn’t seem to be a consensus on when this actually is.  I think it’s safe to say we’re in the ‘dawning of the Age of Aquarius’, though!

But first, what is Aquarius all about, in terms of astrology?  It’s represented in the zodiac by the water carrier, but who is this figure? There are many Aquarian myths – that of Uranus, for instance, the sky god of the Greeks who looks down from above and sees into the future. He was the first creator god in Greek mythology, married to Gaia, the Earth. His creations never met his high expectations, and he was considered to be cold and aloof. Ganymede, also from Greek myth, became the cup-bearer to the gods and was placed in the heavens as the constellation of Aquarius. Other stories include that of Prometheus (his selfless act in stealing fire from the gods to give to humanity being the epitomy of Aquarian humanitarianism), Hercules’ cleaning of the Augean Stables (“cleaning the slate”), and Gilgamesh’s search for the Herb of Immortality (realizing that man can’t live forever). 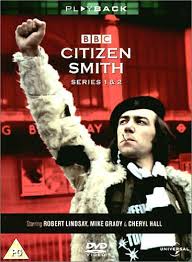 For the next 4 or so weeks, I’ll be exploring the DruidCraft Tarot to see if the cards that are linked to Aquarius in this deck reflect this detached revolutionary idealistic humanitarianism!
Posted by Alison at 18:11