At 03.08 UT today the Sun moved (astrologically) into the sign of Aquarius...and we may well be in the Age of Aquarius too, although there doesn’t seem to be a consensus on when this actually happened, or will happen.  I think it’s safe to say we’re in the ‘dawning of the Age of Aquarius’, though! 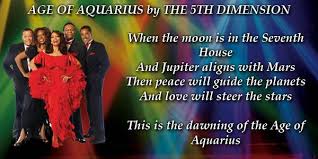 Here in the northern hemisphere the days are starting to lengthen, now that the Midwinter Solstice has passed, and there’s a sense of hope in the air. Here in the West Country, we’re inundated with water, as if Aquarius has emptied his water-carrier onto the earth!  With all the floods, the area around Glastonbury could be returning to the way it used to be when it was known as the Summerlands...  Nevertheless spring (again, in the northern hemisphere) is on its way, and we may perhaps find a spring in our step too, as we look forward to this!  Hope in the air – how appropriate... Aquarius is an Air sign, and the tarot card from the Major Arcana associated with it is the Star, the card of hope and optimism. 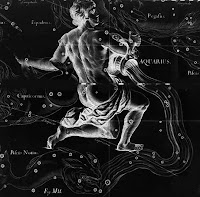 But first, what is Aquarius all about, in terms of astrology?  It’s represented in the zodiac by the water carrier, but who is this figure? There are many Aquarian myths – that of Uranus, the sky god of the Greeks who looks down from above and sees into the future, for instance. He was the first creator god in Greek mythology, married to Gaia, the Earth. His creations never met his high expectations, and he was considered to be cold and aloof.   Ganymede, also from Greek myth, became the cup-bearer to the gods and was placed in the heavens as the constellation of Aquarius.

Detachment also comes from Uranus, which became the modern ruler of Aquarius after its ‘discovery’ in 1781 in Bath (UK) by William and Caroline Herschel (go and see Forged Line Dance Company's 'LINA', based on the Herschels' discovery of Uranus, if you can - it's brilliant!!).

Uranus had been observed a number of times before this, but was usually mistaken for a star. Herschel himself originally thought it was a comet but by 1783 it was classified as a planet - the same year that the American Revolution ended with the signing of a peace treaty with the British, and only six years before the French Revolution. The Industrial Revolution had not long begun either – so it’s no wonder that Uranus has become associated with rebellion, revolution, and the reforming of society.  The famous “liberté, equalité, et fraternité” of the French Revolution could sum up Uranian, and by association Aquarian, qualities. 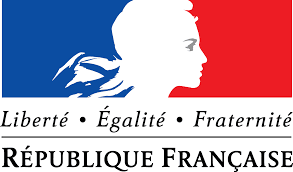 The sign of Aquarius combines the element of air with fixed energy, making it a very ‘in your head’ sign.  Despite being the carrier of water, it often seems to be out of step with emotions and can – like the sky god Uranus - seem very detached or aloof.  It’s linked to original thinking, ingenuity, inventiveness, and innovation.  Aquarius is a reformer and a humanitarian, and is linked to the (astrological) 11th House through its concern with community and groups, not to mention ideology.  But despite that, the Aquarian could be seen as an “armchair activist”, not wanting to be in the thick of things but preferring to remain detached. On the other hand, some see “Citizen Smith” (1977-80) as an Aquarian figure!

‘Aquarius’ comes from my AstroArt series, inspired by walking the Glastonbury Landscape Zodiac. The image is a collage, using watercolour on paper.