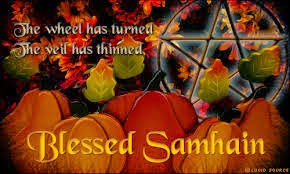 Scorpio in the Minor Arcana: The Five of Cups


Just for a change, let’s start our exploration of Scorpio in the tarot in the Minor Arcana.  In the astrological correspondence system that I follow, Scorpio is linked to the Five, Six and Seven of Cups. Today I’m going to look at the Five of Cups, which corresponds to the first ten days of Scorpio (this year, the 23rd October to around the 1st November) – and to Mars in Scorpio.

Scorpio is the fixed Water sign, so we’re looking at maintaining our emotional resources, delving into the depths to get at the heart or root of what’s going on.

Mars, the traditional ruler of Scorpio, is associated with the element of Fire.  Mars is the warrior, the Roman god of war – powerful, passionate, driven by strong desires, and very likely to take the initiative.  Mars is decisive, and needs to express himself freely – which could come into conflict with the Scorpio preference for keeping things hidden, buried away in the depths.  Mars likes to be in control but when combined with Scorpio’s energy, this is likely to manifest through an intense transformation of emotional power at a very deep level.

So how might this play out in the Five of Cups?  Let ‘s start by looking at a relatively ‘traditional’ depiction of the Five of Cups, such as that from the Sharman-Caselli deck. Here we see a figure facing away from us, looking down at the three overturned cups at their feet. The figure is so intent on these and what’s spilling out of them, that she/he doesn’t see the two that still stand, intact.  Juliet Sharman-Burke uses the words ‘regret’ and ‘sorrow’ for this card. So we have someone who feels deep sorrow at what’s happened (the three cups emptying), but who’s ignoring or overlooking at what still exists (the two full cups).  The decisiveness and freedom of expression that Mars would usually exert is being held back by the compulsion to look only at the loss and the emotions that accompany it – to become lost in the emotion itself perhaps.

In the Shadowscapes Tarot, we have a slightly different interpretation. The figure is ignoring the overturned cups, focusing on the one in her hands. The fifth cup, bobbing on the waves in front of her, holds her hopes that she's sending across the sea - representing emotional imbalance.

In the Thoth deck, the emphasis is the same – regret, sorrow, and the disappointment of unfulfilled expectations.  The cups are empty and look as though they could easily break. The lotus has been uprooted, and its blossoms have died. Even the water looks dead.  But the roots of the lotus form a butterfly shape, representing the idea of transformation – the theme of Scorpio.  The card warns against allowing the potentially aggressive, potentially destructive Martian energy to spill over.  That energy can be used usefully though, by transforming it – by shifting the emphasis from what’s lost to what’s still available to us. We can learn from disappointment – nothing is ever wasted. Remember that Scorpio represents cycles, endings and beginnings – and is the ultimate recycler!

The Wildwood, on the other hand, shows us a rather different view!  Although Mark Ryan and John Matthews, the deck’s creators, haven’t use astrological correspondences I see this figure symbolising the passion of Mars, using that energy to travel to deep levels  through dance.  I think here of shamanic work – dancing in trance – and the revelations and transformations that can come through this. Powerful stuff!