Aries in the Druidcraft - Major Arcana


In the image, he sits in the ‘traditional’ pose, with one leg crossed over the other thigh, forming the number ‘4’.  Four is associated with stability – think of a square: four-sided, solid, stable. It’s hard to rock this.  And The Emperor too is linked to this idea of a solid stability, if you think of it in terms of ambition and authority. The Emperor’s crown is often depicted as being gold, representing worldly authority, but in this image he wears a bronze helmet and the antlers of a stag. Now, in Druidry the stag is associated with the direction south, summer - and the element of Fire.  He wears a red cloak – the colour of Mars, the ruler of Aries – representing power, as well as drive and determination. All good leadership qualities.

His ‘throne’ is decorated with ram’s heads – the symbol of creativity and wisdom (from ancient mythology).  Unlike other depictions of the Emperor (e.g. Thoth) I can’t see an image of the lamb, representing the other side of Aries (the balance of the equinox), the symbol for compassion and understanding the need for sacrifice for the greater good – but I see he’s wearing sandals and that he sits on an animal skin, not on the bare stone, both of which could symbolize a ‘line’ between him as a leader and the people that he leads. Good leaders would have those qualities – or so we’d like to think.

Eagles often appear in the Emperor card and, sure enough, we see an eagle flying in the background of The Lord. Eagles are known for their keen eyesight, as well as being able to fly higher than other birds – here they represent ‘spirit’ within the material world.  So we could be looking at a change of career, perhaps, or deciding to buy property... something practical that requires taking control in a disciplined and directed way to further our goals or ambitions, and move them from dream-state to reality.

Some versions of The Emperor depict a dry, barren landscape. It’s not clear where The Lord’s throne sits, other than on a rocky outcrop.  Could this represent a warning about what could happen if we allow only authority and discipline to rule our world? Such over-rule could leave us with a barren, rocky, overly-structured world – one in which nothing moves. Instead, we stagnate, and could potentially come to fear change – anything that threatens the status quo.  The power of the mind and the social world, represented by this card, is balanced by The Lady (a.k.a The Empress) – but more of that when we reach Taurus!

Aries in the Druidcraft: The Two of Wands


This year I’m going to do the astrology in tarot thing a bit differently... I’ve been working with the Druidcraft, so thought I’d see how – or if – the astrological associations work with this deck.  The Druidcraft follows – obviously – Druid traditions, and was not created with astrology in mind.  Instead it focuses on the elements and the seasons.  Some of that may link to astrology – some of it may not.  We’ll see!

I’m starting off with a dip into the Minor Arcana.  In the astrological correspondence system that I follow, Aries is linked to the Two, Three and Four of Wands. Today I’m going to look at the Two of Wands, which corresponds to Mars in Aries, and to the first ten days of Aries – so from the 20th–29th March. 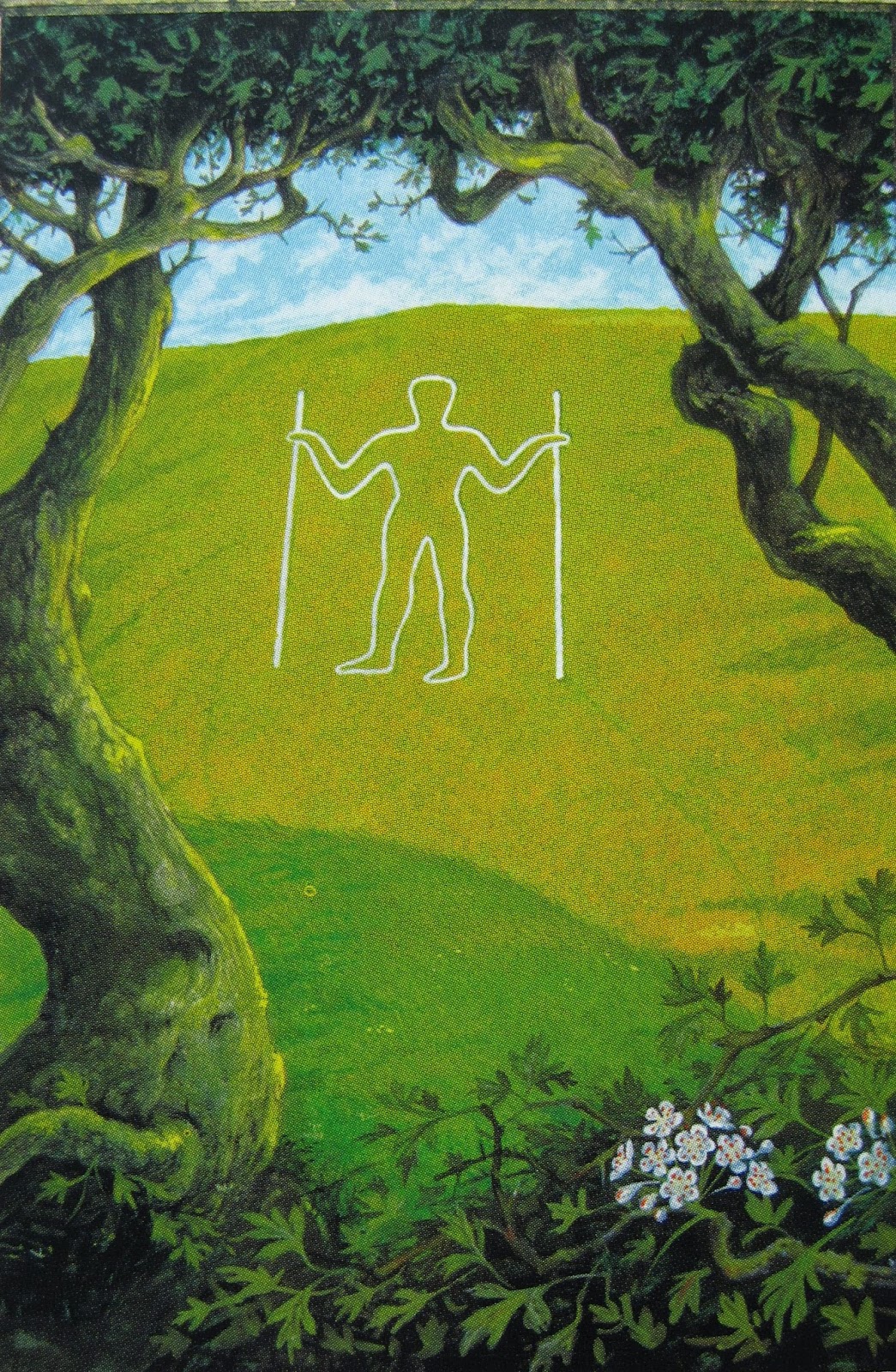 Aries is the first of the three Fire signs encountered in the zodiac, bringing drive and passion to the creative process.  It’s also thought of as ‘masculine’, or ‘active’ – ‘yang’ energy.  Aries is also the first cardinal sign we meet - so we’re looking at fiery active creativity, some new project that’s about to be initiated.

Mars rules Aries, so is very much at home here.  Mars brings determination and drive to Aries – the love of battle, the need for challenge, the longing for adventure. The passion, the emotion – which could mean a certain hot-headedness or impatience!  The combination of Mars and Aries gives us the pioneer, the explorer, the initiator. It can also indicate a flair for starting a new business – the Wands are often associated with entrepreneurship.

So how might this play out in the Two of Wands in the Druidcraft?  The imagery here is not unlike the more ‘traditional’ Rider-Waite-Smith-based decks – a man standing between two staffs (or is that staves?).  When I look at this image, it seems to me as if the figure is using the staffs to balance himself, much as walkers use walking poles.  Yet he’s upright, suggesting that he’s only at the start of his journey.  He’s in command of himself, in control – very Mars-like!

The two staffs/staves, or wands, are said to represent hope and fear – with the figure standing between them; we need to balance hope and fear so that one doesn’t override the other.  We don’t want to be swamped by fear, but at the same time, we need some element of caution as we set off! It’s about maintaining a sense of equilibrium.

So, yes, it seems to me that there is an element (oh, sorry, no pun intended) of Fire-y Mars in Aries here!