Welcome to Alison’s Alembic!   You may have arrived here as a stop on the Tarot Blog Hop from either Stacey Carroll's or Chloe's Celtic Lenormand blog.  Or you may have found this through TABI’s Facebook page, or though one of the many wonderful tarot bloggers in the ether... It doesn’t matter – what does matter is that you’re here!

Imbolc (pronounced i-molk or i-molg), also called Brigid’s Day or St Brighid’s Day, is a Celtic/Gaelic festival marking the end of winter and beginning of spring. As the Celtic year was based on both lunar and solar cycles, the festival would probably have been celebrated on the full moon nearest the midpoint between the Winter Solstice and the Vernal Equinox (so if you’re living in the southern hemisphere, you would have celebrated this on the 1st-2nd August!). 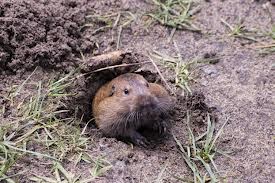 The name ‘Imbolc’ comes from the old Irish “i mbolg”, meaning “in the belly”, referring to the time of year when sheep and goats are pregnant, carrying their young.   Other etymology includes “oimelc”, meaning “ewe’s milk”, a reference to the onset of lactation in ewes about to give birth. Fire and purification have played important roles in this festival throughout the ages, with celebrations involving hearth fires, bonfires and the lighting of candles to represent the return of light and warmth to the land. It’s also traditionally a time of weather divination, with people watching for serpents or badgers or groundhogs – depending on where you are - emerging from their winter dens.

Our wrangler for this Imbolc blog, Christina Gaudet, has asked us to think about “Tarot, Healing, and Creativity” as a subject.   I see tarot – and astrology, which I also use – as a tool for healing.  Through the insights that the cards give, tarot can be used to empower people, helping them to find ways to heal what needs to be healed, as well as helping them to see how to tap into their creativity.

In the northern hemisphere, we often associate the first stirrings of nature, the first signs of spring, with Imbolc. It’s a time of hope, of looking forward to longer and warmer days.  Having hope can help in healing.  For me, the most potent sign of this time of year is the emergence of the snowdrops – that sight always lifts my heart, a healing in its own way, giving me hope.

The card in the tarot that symbolizes that hope and optimism is, of course, The Star – the card that’s linked, astrologically, to the sign of Aquarius (which the Sun entered, astrologically speaking, on the 20th January).  In the Sharman-Caselli version of this card, we see one large star in the dawn sky, surrounded by seven smaller ones, representing the card’s number, 17;  this reduces to 8, the number of re-birth and regeneration – more promise of hope.

Continuing on in this vein, I decided to look at the card that corresponds, in terms of planetary and zodiacal dignity, to Imbolc – the Six of Swords.   I usually see this in terms of a transition, of leaving behind something difficult and moving towards a calmer place.  Often the image is one of people being carried by boat out of a stormy atmosphere into one that looks more peaceful – a process of healing.

So with that in mind, here’s my Imbolc healing spread!

In order to heal,

The next stops on the Tarot Blog Hop are - depending on whether you’re moving backwards or forwards through the list – Stacey Carroll and Chloe's Celtic Lenormand. The Master List can be found here.