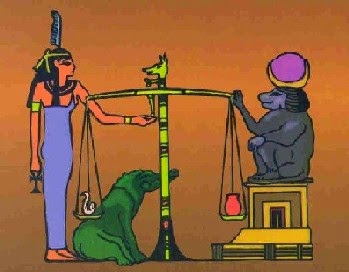 So many Libran qualities are illustrated in this myth –beauty, harmony, attraction, negotiation and adjudication.  And no surprise that Venus (the Roman goddess most similar to Aphrodite) is the ruler of Libra!  But “to the fairest”?  That also taps into Libran ambiguity!  The fairest in terms of the most beautiful, or the most even-tempered? The most well-balanced when it comes to making judgments? Libra, despite the association with beauty and attraction through Venus, is more a sign of balance. It’s considered and reflective, more concerned with “the other”  (7th house) than with the “I” (1st house). Libra is mediator, negotiator, and diplomat.
Posted by Alison at 03:00