Capricorn in the Major Arcana – The Devil!

First post of the new year!  I like the idea of starting out with The Devil, the Major Arcana card linked to Capricorn. But what's the link between them? 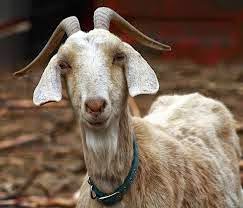 Goats have come to symbolize sexuality in many mythologies – for instance, Pan, the Greek goat-god, who was linked to the idea of ‘wild desire’.  In northern European traditions, we have the Horned God, representing nature and sensuality. Throughout the ages, though, the goat has also become almost synonymous with the Devil, supposedly representing temptation and giving in to our desires.   With Capricorn being an Earth sign, the references to sensuality and physical desire can be extended to material desires. So when we come across the Devil in the tarot, we’re reminded about what’s overpowering or obsessive, the things we try to suppress or deny. It can represent not only temptation, but also surrender – and reminds us that we have the power within us to keep our feet on the ground!

Hermann Haindl’s depiction of the Devil shows both a goat, the traditional Capricorn image, and a serpent. Rachel Pollack, in her Haindl Tarot: A Reader’s Handbook, talks about kundalini energy being raised by both creatures, through the spirals of the goat’s horns and the coils of the serpent.

Crowley’s Thoth deck’s Devil always makes me laugh – who can resist that wicked grin of that goat?!  Laughing at how we become imprisoned by our desires and obsessions...and those twisted horns remind me of the twisted sense of humour... There’s an emphasis here on the procreative energy, too, with a very obvious phallic symbol taking centre stage.

These images are quite different from the more traditional depictions of The Devil, yet the messages are similar. Juliet Sharman-Burke talks about “power and energy imprisoned”, the Devil-goat in the image symbolizing the material world, to which the figures have voluntarily chained themselves – there are chains around their necks but those chains aren’t right, and the figures’ hands are not restricted at all.  I see Saturn, the ruler of Capricorn, coming into play here – those figures show no indication of wanting to make any change, to escape the restrictions they’ve placed on themselves.

Sharman-Burke goes on to say “The Devil refers to all that is dark within your own psyche. That is why we like to think of The Devil’s abode as deep within the bowels of the earth in a place so safely removed from us that we do not have to deal with him. However, such an attitude also means that we live in fear of The Devil, and remain chained to his block of inhibition, restricted because we cannot face the truth about ourselves.”  (The Beginner’s Guide to the Tarot, Juliet Sharman-Burke, Connections 2001)

In the Shadowscapes deck, Stepanie Pui-Mun Law gives us a much more ethereal view of The Devil, but we still see that figure seemingly imprisoned – yet not allowing herself to see that there’s an obvious way out. Rather than choose to see the beauty around her, she hides her eyes – what is it she’s so afraid of? The Devil dances above her, laughing at how easy it is to keep what should be a vibrant creature a prisoner – a prisoner of her own fears.

So The Devil acts as a reminder to free ourselves of those restrictions we placed on ourselves and surrender to earthy sensuality (which, as a double Taurus, I shouldn’t have any problems with!) and to meet those who would ‘demonize’ us and what we believe in with humour!  Good advice with which to start the new year :-)