Pisces in the court cards


Last but not least, by any means – Pisces in the court cards.  Different traditions have different astrological correspondences when it comes to the Court Cards.  Generally  (but not always!) these correspondences depend on how cardinality, fixity and mutability have been assigned.  As Pisces is the mutable Water sign, I’m looking for the Cups court card that’s associated with fluctuating emotions and changes within relationships of all kinds – romantic, platonic, familial.

So what court card does this represent?  If you work with a system that assigns mutability to the Knights, as do most of the Rider-Waite-Smith-based decks, you’re looking at the Knight of Cups.  This Knight will react through his feelings – his heart will rule his head! He’s kind and sympathetic, with an affinity for the underdog.  Not one of the speedy Knights, the image usually depicts the Knight on horseback walking slowly, often beside water – letting things happen in their own time, not pushing or rushing. In some images, he wears a winged helmet, representing the wings of spirit – the realm that Pisces is most interested in.  The Piscean Knight is a dreamer, one who longs for an all-encompassing, ideal love. 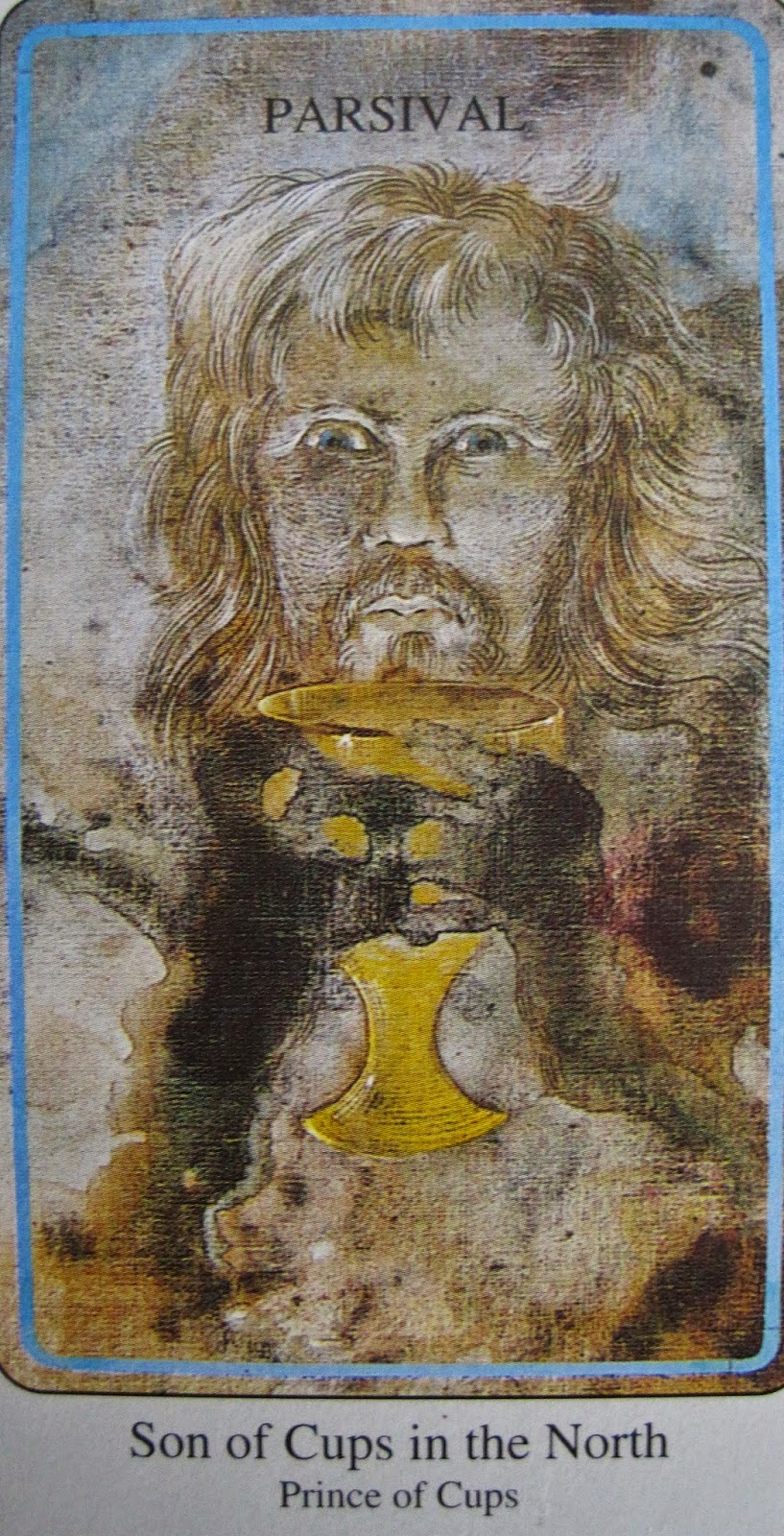 Knights are often associated with quests – this one will be in search of love, in pursuit of dreams and ideals, and will be willing to make sacrifices.  The Son (Knight) of Cups in the Haindl deck is represented by Parsifal, one of the Knights who searched for the Holy Grail – an ideal if ever there was one.  Inspired, too – another Piscean Knightly quality.

Emotional integrity is a good phrase for a Piscean court card; could this be the object of the quest?

The Shadowscapes’ and Thoth’s Knights of Cups searches for a grail too – a symbol of his dream, his search for perfection. It appears above him in a cloud or halo effect. As he travels towards it, on a unicorn, a symbol for a pure heart, or horse, he seems oblivious to what lies below. Perhaps this represents his singular drive or focus – seeing only the truth or beauty, not the obstacles ‘beneath’ him.  Full of good intentions, but with a tendency to lose himself in Piscean idealism or romanticism...

The shadow side of this Knight could be a tendency to be moody, or to becoming lost in a dream world – possibly to the point of becoming addicted to something in the quest to lose oneself, to escape the reality of daily life.