Gemini in the Druidcraft Major Arcana: The Lovers 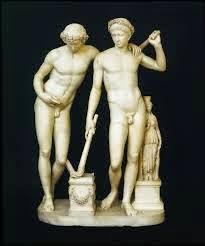 Today let’s look at the tarot card from the Major Arcana that’s traditionally (well, in the tradition I follow!) associated with Gemini - The Lovers.  With Gemini symbolized by the twins, Castor and Pollux, this association isn’t perhaps that surprising – twins, duality, a couple. 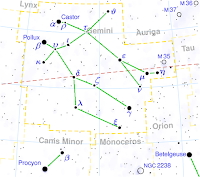 Although many people connect The Lovers to romantic love – the sign of a new relationship, perhaps – I see this card being wider-ranging.  Following on from cards that can represent Mother (Empress), Father (Emperor), and Education (Hierophant), the Lovers, in these terms, could suggest the teenage years, when we start to make our own choices – often beginning with what, or who, we are attracted to.  So yes, it can be about love and affairs of the heart, but it’s more about reminding us that we always have a choice.

The Gemini glyph symbolizes the idea of duality and opposites that we all contain – masculine and feminine, yin and yang, light and dark, however you choose (!) to name them.  Here we see the opposites ready to be united, choosing to be united, choosing to make that connection.  The transformation (remember, Gemini is a mutable sign) is represented by the winged orphic egg and the serpent coiled around it, carved into the rock beneath them. Through this, we become whole, with love becoming the path to wisdom (see Rachel Pollack’s wonderful The Kabbalah Tree for more on the symbolism).