Welcome to Alison’s Alembic!   You may have arrived here as a stop on the Tarot Blog Hop from either Karen Sealey's Pure Blessed Tarot or Aaron Lonzano's Turtle Tarot blog.  Or you may have found this through TABI’s Facebook page, or though one of the many wonderful tarot bloggers in the ether... It doesn’t matter – what does matter is that you’re here!

We’ve arrived at Beltane, and for this particular Blog Hop, our wrangler Karen Sealey of pureblessedtarot.com has asked us to write about the word “may”. What does it mean to us? Do we use it often, and if so in what context? Or.... let it take us where it chooses.

Karen, you may have caused mayhem with this one!  Maybe some of us will be shouting ‘Mayday, mayday, mayday!’ (from the French m’aider) as we scramble for ideas.  My scrambled thoughts included...

...the Mayflower, ship of the pilgrims that braved the Atlantic in search of a new life.

...‘Gathering nuts in May’... an old English rhyme, first recorded in The Traditional Games of England, Scotland and Ireland (1894-8), even though nuts were never gathered in May in England. Turns out that it may possibly be a corruption of ‘knots in may’, referring to the clusters of blossoms on the hawthorn (a.k.a. May tree), and not something rude! Although, given that it’s Beltane, maybe it did... 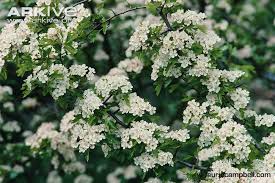 It was the last one, despite the un-seasonality of the song, which really started me thinking.  In the Druid celebrations of the seasons, we usually end with the phrase “May our memories hold what the eye and ear have gained“, which could be taken not only as permission to take away what’s been experienced, but also the possibility or potential for that to occur.

So from there I went to my trusty books on grammar! “’May’ plus an infinitive can indeed express possibility in the present or future” says The Practical English Grammar.  It can also be used in the conditional:  if you do X then Y may happen.

How many of us have used such constructions in our tarot readings?  I’m probably not the only reader who finds themselves using phrases like ‘you may find...’ or ‘it may be that...’  Some might see this as prevarication, hedging our bets, not wanting to commit – and I have to say, I sometimes still feel that on occasion.

I discussed this with my very first tarot mentor, years ago; she was the one who set me off on this path in an attempt to head off my rather directive first attempts at reading.  She felt that using the word ‘may’ helped to temper what I was seeing in the cards - softening the blow, maybe – and/or giving the power to the querent by allowing them to choose what to do with the information, by offering them the possibility, the potential shown by the cards.  Ever since I saw the Wildwood’s Ten of Arrows, I’ve always thought of her and her sage advice!

And - surprise, surprise - this card is linked to the approach of Beltane in the Wildwood's Wheel of the Year...thanks to Alison Cross' new e-book, A Year in the Wildwood).

‘Tempering’ makes me think of Temperance, or Balance in the Wildwood Tarot. And – surprise, surprise – in the Wildwood’s Wheel of the Year, this card sits at Beltane! Mark Ryan and John Matthews , in the accompanying book, write of the “balance of powers” – and it’s exactly that that the word ‘may’ represents for me in a reading. Yes, I’m providing the interpretation as I see it, but by offering it with the word ‘may’, I’m sharing the ‘power’ of the card with my querent by letting them choose what to take from it!


Thank you for stopping off here on your own journey through this Imbolc Tarot Blog Hop!  Please do come back and read some of my other posts.

The next stops on the Tarot Blog Hop are - depending on whether you’re moving backwards or forwards through the list – PureBlessedTarot and Aaron Lonzano's Turtle Tarot. The Master List can be found here.

Wildwood Tarot created by Mark Ryan and John Matthews, illustrated by Will Worthington, published by Connections

Thomson, A J and A V Martinet. A Practical English Grammar, Fourth Edition. Oxford University Press, 1989.
Posted by Alison at 21:00