Taurus in the Minor Arcana: The Five of Pentacles 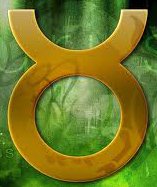 Today I’m looking at the role of Taurus in the Minor Arcana.  In the astrological correspondence system that I follow, Taurus is linked to the Five, Six and Seven of Pentacles – or Disks, or Coins, or Stones...depending on the deck.  Today I’m going to look at the Five of Pentacles, which corresponds to Mercury in Taurus – and the first ten days of Taurus.

Taurus is the fixed Earth sign, so we’re looking at maintaining our resources in a practical, down-to-earth way. Those resources include anything that gives us a sense of security or stability – so this covers financial matters, material concerns, issues around health and well-being...whatever it takes to make us feel safe and comfortable.


Mercury is about sharing and trading information and ideas. Normally when we think of Mercury, we might envisage the fleet-footed messenger of the gods, but in Taurus it’s much harder for him to get off the ground, let alone fly!  Instead, he finds himself having to take care with his words, having to speak more slowly and with more consideration.  Having to slow down and be more deliberate and down-to-earth is a challenge to Mercury!  Rather than communicating through words and ideas, he may express himself in a more physical way.

So how might this play out in the Five of Pentacles?  Let start with a relatively ‘traditional’ depiction, for example, the Sharman-Caselli deck. Here we see two beggars shivering in the cold, unaware of the warmth and shelter and help on the other side of the window.   They are aware of physical sensation, in this case the cold, but they are so lost in the physicality that they can’t see beyond that.  The assumption here is that they’ve also lost all their material possessions – a source of concern to the Taurean archetype. If they were to look up at the window though, not only would they see the promise of light and warmth, but also the fruit and flowers carved in the stone around the window, reminding them of the bounty of the earth – which they haven’t lost.

Juliet Sharman-Burke talks about ‘the loss of wealth and faith’ for this card. The loss of wealth – financial or material - is perhaps easier to see.  The loss of faith comes through the loss of self-worth that can accompany loss of status in the material world.  Mercury brings the anxiety and worry, through its ‘Air-iness’ – the thoughts and beliefs that we carry in our minds – to the earthy concerns around Taurean comfort and security. But it’s not just about the money; the loss of faith or self-esteem or self-worth can also lead us into a ‘black hole’ of feeling hopeless; it may be time to address more ‘spiritual’ issues too.

The Shadowscapes deck also has this sense of being cut off or lost, but this (for me) is more to do with the pose of the figure, and with the way it’s been squeezed into a small space in the bottom right corner of the card.  The pentacles in the top left corner seem huge – so there is a sense of imbalance or destabilization.

The DruidCraft, though, shows us this sense of loss in a woman, obviously in distress, leaning against a tree.  Her eyes are covered by her hands, so she can’t ‘see’ – she only feels what’s within.  On the horizon, a greyhound chases a hare – part of the story of Taliesin, who is trying to escape Ceridwen. In the first part of the chase, he takes the form of a hare, while Ceridwen assumes the shape of a greyhound. The chase – shown in the Fives of all suits in the deck – symbolizes the need to transform, to find a way forward from the crisis, the loss, that the Five of Pentacles represents.

In the Thoth deck, the emphasis is similar, the focus here being ‘worry’ (Mercurical) over the state of our personal resources. It’s a reminder not to let worry and anxiety over such matters prevail to the point that we find ourselves stuck in a rut.  The pentagram in the image is upside-down, suggesting that things are out of balance.  Communication will be a key, thanks again to Mercury, in finding a way out of the ‘black hole’ or rut that we find ourselves in.