Leo in the Minor Arcana: The Five of Wands 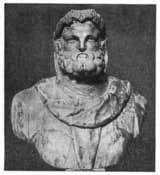 Today I'm looking at the Five of Wands, which in this system is associated with Saturn in Leo – and with the first ten days of Leo (approximately 22nd-31st July).


But in Leo?  Well, we could think of Saturn applying the brakes on that fiery Leonine energy.  It can make it more difficult for us to express ourselves, and can affect our self-confidence.  On the other hand, it can push us into finding ways to establish ourselves through creative projects, or through loyalty and disciplined affection.   Leo is about individuality, so Saturn could help to focus that into some sort of achievement that would help to attain some sense of security. Alternatively, looking at the ‘shadow’ of this combination, Saturn in Leo could reflect a fear or inability to trust in our own self-worth, which could in turn act as an obstacle or restriction when it comes to being able to express ourselves confidently.

Can we see this in the Five of Wands?  In the Thoth deck, the keyword associated with this card is ‘Strife’, which fits in with the traditional meanings – battle, aggression, frustration, irritation.  ‘Creative frustration’ is a phrase which comes to mind, rather than a full-on battle where people get hurt.

In other decks, we see images of men clashing sticks together but no harm is being done.  The crossed wands represent difficulties – things that stand in the way; writer’s or artist’s ‘block’ is a good example of this kind of creative frustration.  Saturn in Leo suggests a period of time when things might seem to be conspiring against us, and we feel we’re striving in vain.  By taking things one step at a time (Saturn at work again), we are less likely to feel overwhelmed. Instead, we’ll be able to recognize what’s blocking us and be able to use our creativity to do something about it.


The Shadowscapes Tarot gives us another image to work with. The figure is caught up in the chase, but has to stay the course – has to exercise self-discipline and control (as well as his individuality) in order to overcome the obstacles created by the melée of foxes!